Why Does the US Use Standardized Testing?

Why Does the US Use Standardized Testing?

Standardized testing has fueled a national debate in the last few decades. Some argue that standardized tests narrow the curriculum and encourage teacher-centered instruction. Many parents also don’t feel comfortable with the fact that their children are being judged on the basis of tests that puts too much emphasis on test scores, and too little on personal background, innovation, and critical thinking. In this post, we will answer the question, “Why does the United States use standardized testing?”

What Is a Standardized Test?

A standardized test is a test wherein questions, conditions for administering, scoring procedure, and interpretations are consistent. Standardized tests are administered and scored in a pre-determined, standard manner. The subject matter among school-age students is usually academic skills.

History of Standardized Testing in the United States

Standardized tests have been a part of the American education system since the 1800s, but the widespread use of standardized testing is largely a 20th-century phenomenon. Large-population state testing began in the 1970s; in the 1980s, America started to assess nationally. In 2012, the annual spending on assessments was $27 per student ($669 million overall). However, once administrative costs were included, the cost per student jumped to $1100.

The Elementary and Secondary Education Act of 1965 made standardized testing a requirement in public schools. The US Public Law 107-110, also known as the No Child Left Behind (NCLB) Act of 2001, tied public school funding to standardized testing. Students’ results on the tests were used to allocate funds and resources to schools. The Every Student Succeeds Act, signed into law by President Barack Obama on December 10, 2015, was created to further allow student achievement and success.

Standardized testing is a common way to determine a student’s academic achievement and future potential. However, high-stakes tests can cause anxiety. When teachers and schools are rewarded when students perform well on tests, those rewards encourage the teachers to “teach to the test” rather than providing a rich and broad curriculum.

Another factor to consider with regards to standardized testing is the socio-economic background of the students. Research shows that children from low-income families don’t receive the same support on education from their parents compared to students from high-income families. A large percentage of the student population (41%) fall under the category of low-income, and are behind the learning curve and require special attention to perform well on standardized tests.

1. A metric for learning

Without standardized tests, policymakers would have to rely on tests that will be scored by individual schools and teachers. In particular, multiple-choice tests are graded by machine and aren’t subject to human subjectivity or bias.

Standardized tests are used to evaluate the effectiveness of an education program. Besides being useful in assessing student performance, they are also a means to evaluate the curriculum. Principals and teachers can see where their students are doing well, and determine what areas need improvement. This will help them revise teaching methods if necessary to help students meet the standards.

4. Can be empirically documented

Test scores are shown to have a relative degree of reliability. The results are generalizable and replicable. Standardized tests are useful for admission purposes in higher education, where schools will be trying to compare students from across the nation (or the world).

5. Provides the government with insights on how to improve the education system

Standardized tests can help the government determine where the students are struggling the most. Using this information, the US Department of Education can think of and implement solutions to fix the problem, allowing students to thrive in an academic environment.

1. Puts a lot of pressure on students and teachers

In some cases, schools have shortened recess in order to prepare for standardized tests. This, along with the pressure of the test, can cause stress and burnout. Standardized tests put pressure not only on students but teachers as well. Students’ performance on these tests can impact teachers’ salaries and job security. This causes educators to “teach to the test” rather than teach to the skills students will use and need. Furthermore, standardized tests don’t provide information in a timely manner. Teachers don’t get the results back until the end of summer, which means they won’t be able to use the results to help those students because they’ll already be on the next grade.

2. Teachers may feel pressured to “teach to the test”

When their evaluations and jobs depend on how well students perform on standardized tests, teachers may feel pressured to “teach to the test”. Teachers may stop trying new teaching methods and techniques. They may be worried that untested methods will backfire and cause students to score lower than before. However, this will hinder inquiry, creativity, and engagement in student learning which also hinders students’ ability to perform on the test as well as in careers.

Another disadvantage of standardized testing is that many interpret the results as the sole judgment of a student’s ability. There are cases where students have demonstrated understanding of a subject through various assessments, but are not as skilled at taking multiple-choice tests. When students score low in standardized tests, they may feel that they are a failure, losing self-confidence in the process.

Standardized testing as a measure of student success is indeed controversial. Assessments are useful when they are used to help schools improve the quality of teaching and learning. However, they become harmful when they are used to judge students’ abilities, and when teachers feel pressured to “teach to the test.” Therefore, stakeholders (the government, students, parents, and educators) should view standardized testing not as a value judgment on the student, but as a data point that can provide some perspective on student learning.

Check out our other resources: 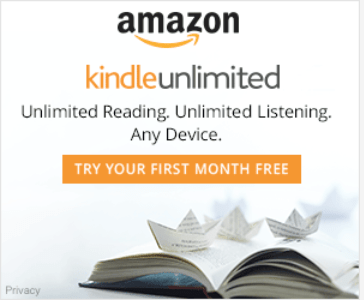 This post contains Amazon affiliate links. As an Amazon Associate, I earn from qualifying purchases at no cost to you.